Starting a game club: why do it? 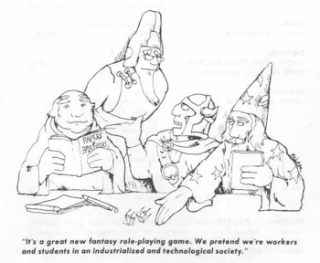 I just read over on a Google+ community about a fellow whose gaming group - like so many - was beginning to scatter. Whether it was due to college graduation or job and career issues doesn't really matter. My own brother-in-law has been meeting with his college gaming group on Yahoo Chat and infrequent get-togethers for years, so there's nothing really new here.  Once a group begins to fragment, gamers often feel a sense of loss and don't know what to do.  Hence, ConstantCon and Google+ hangouts and the like.

But while I enjoy getting together online to do some gaming, it has never really matched the satisfaction I get from meeting around an actual table in real time. Combined with fond memories of gaming clubs in my past, I've always preferred regular get-togethers for roleplaying. So why start a club?

Next Wednesday: timing and frequency of meetings.