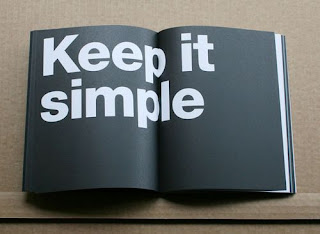 Tuesday nights have been very very successful.  We've got anywhere from 25-30 gamers showing up each week, and games range from Star Trek (CODA) to a Superworld/CoC mash-up to Microlite 74.  The Star Trek game is mine - it's set in 2270, and uses some interesting fan stuff and some material from Mike Ford and Diane Duane's novels.  Having read through the rules, the CODA system struck me as "classic Traveller meets d20" - which may be a fair comparison - or not.  We'll see.

But character creation took FOREVER. Yes, I probably could've dealt with it better by generating some NPCs beforehand. The fact of the matter remains that in comparison to Mike Berkey's Where No Man Has Gone Before, the CODA system takes a long time to produce a character.  I've taken advantage of some online resources to make it easier, and I like the general process and the sorts of characters which are produced, but there is definitely room for improvement. One complicating factor is the desire for characters to be experienced before starting play; another was the idea of every player having two characters - one for the bridge crew, another for the landing party.

From this experience, I derived the following observation: long drawn-out character generation processes favor premature character investment by players. If you take a long time to generate a character - say more than a half-hour - then there is more encouragement to build up a back-story for the character.  It also leads to a greater expectation that the character is somehow "meaningful" and deserving of special attention by other players and the referee.  From the perspective of Tuesday Night Open Gaming, this makes it difficult for new players to join in.  From an OSR perspective, this is definitely problematic. I tend to interpret OSR games as not privileging player-characters over non-player characters, and the characters themselves are not superhuman or heroic, but develop over time from more mundane circumstances.  If you have a complex, involved and fiddly character generation system, that gets a little harder, as the players end up investing a lot of time into character creation, and begin to expect a pay-back in-game for the long, involved process.
Posted by Victor Raymond at 11:50 PM