I talked with James Maliszewski yesterday.  As some of you may be aware, James' father is in very poor health and not expected to live much longer. Last year, I went through a similar series of events around the death of my friend Phil, so I have some perspective on what he is going through.

It's difficult to explain just how much of an impact this kind of thing has on a person. For James, besides anything else, this has become a terrible distraction.  Trying to think or write creatively is just difficult, if not impossible. I asked James if he minded if I shared this with people I know, and he said it was perfectly fine.

I know many people are waiting for Dwimmermount. I don't think you have to worry about that, but this sort of life event is something nobody can plan for.  If you feel like you want to comment on this post, I would suggest instead that you contact your parents and tell them how much you love them.
Posted by Victor Raymond at 8:12 AM

I've recently read a number of comments on Google+ from people who have tried setting up games only to have them fall through, mostly because players didn't show up.  I can't always tell if this is because they were gaming online or in-person, but either way, gaming didn't happen.  This is a "bad thing" as I would define it.  What to do about it?  Build a game club, of course.

The virtue of starting a game club is that it is intended to be durable, less subject to the whims and eddies of personal schedules and life events.  But for it to work, you need to have a regular time and place to meet.  This post is about how to determine the latter.

Currently, Madison Traditional Gaming meets on Tuesday evenings at Pegasus Games here in Madison.  We also have an all-day event on the 3rd Saturday of the month at the Hawthorne Branch of the Madison Public Library.  We discovered in December that the librarians at the Hawthorne Branch wanted to sponsor our group, which has some distinct advantages (more on that later).  The weekly sessions allow for regular campaign play, while the monthly sessions are good for one-shot adventures with different rules sets.  But we did not always have it so good.

When I first started Madison Traditional Gaming, I figured that a once-a-month event was probably the most I could commit to running, and I was right.  It quickly turned into a lot of work, as I tried to arrange for other referees to run events for the 3rd Saturday sessions as well as prepare adventures to run myself.  Somewhere in there we started meeting on Tuesday nights, first at Misty Mountain Games, and then later at Pegasus Games.  Things moved along for about a year, but the effort was considerable to keep things going.  In December 2011, I decided that enough was enough, and announced that Madison Traditional Gaming would stop meeting on the 3rd Saturdays as it was too much work.  That was not a good idea, as it turned out.

What did we learn from this?


The trick to all of this is to keep meeting even if it is just you and one or two other people.  Groups tend to grow slowly, and gaming is no different.  You need to stick to your guns and see things through.

Next time: advertising and getting the word out. 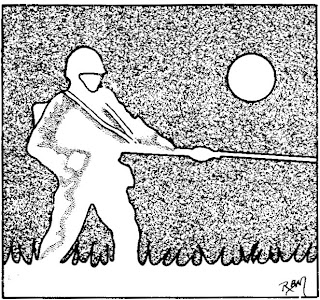 So it has been two years since I wrote about the original 1977 version of Classic Traveller.  When last we left the series, I was about to embark on an examination of the Psionics rules from Book 3, various people had asked for an annotated bibliography, and odd items and lacunae had been brought up for closer examination.

What I was struck by in my delving into the past was that I had written a fair bit about the 1977 Edition - and there was still more to write.  I'm going to pick up next week with an examination of the Psionics section, but I want to make sure I go back and clean up any loose ends.  Eventually, I think I will turn this series into a PDF or something for people to download and appreciate.
Posted by Victor Raymond at 1:41 AM 12 comments: 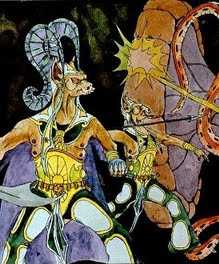 My Empire of the Petal Throne campaign continues to hum along.  What's been interesting to watch has been how players acclimate to the world.  I had introduced Tekumel to my Tuesday night gaming group, who had been playing D&D.  Some of them took to it immediately, and others  s  l  o  w  l  y  came along.  As expected, the languages were a stumbling block, but by dint of patient repeating and correction, they have begun to pick up some Tsolyani.  However, I plan on returning to D&D on Tuesday nights, and continuing the Tekumel game separately.

Two issues I've had to address are the rules and the future history of the world.  I decided early on to use Empire of the Petal Throne as the basis for running the game, but I didn't want to lose the flavor of the Swords & Glory magic system.  I've figured out a way to adapt the magic system, which I will write up when I get the chance.  That was the big issue with the rules.  As for the future history, I have decided to start my campaign in 2354 A.S. (just as it says in the original rules).  That way, I could take advantage of the unfolding structure of Prof. Barker's original campaign, and make whatever changes I wanted to as the campaign developed.
Posted by Victor Raymond at 10:14 AM 3 comments: 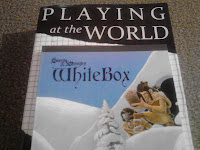 Santa Claus was fairly good to me this holiday season.  Okay, I'll admit it, I didn't get all of the games shown to the right at Yule.  However, I did get them over the past few months, and so it's been kinda special as various things show up in the post.  A quick list would include:
...all of which serves as more proof that there is more going on in the Old School Renaissance than meets the eye - or may even be possible to track. 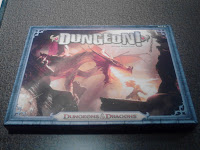 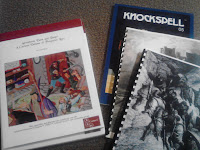 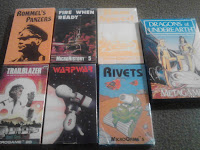 Posted by Victor Raymond at 8:45 PM No comments: