Original D&D cost $10.  That's a fact.  Using any of a number of online inflation calculators (I used this one), we can see that what cost $10 in 1974 would cost approximately $43 in today's money.  In 1974, the minimum wage was approximately $2/hour, which would be worth a little over $8/hour in today's money.  However, the current minimum wage is just over $7/hour. 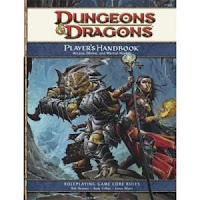 So the meaning of this is simple: since wages have not kept pace with inflation, the average income buys less than it did back in the 1970's.  For your average middle-class teenager, there are more demands on even part-time wages than in the past.  My own experience teaching college students is that they are more reliant on their parents' incomes than in the past.  So a game that costs more than $40 in today's money represents a higher threshold of entry into the hobby than D&D did back in 1974.  While one might argue that all that a player needs these days is just the 4e Players Handbook, that's not a complete game.  The entire set of 4e hardcovers is over $100.
What I am trying to point out is that nobody should be surprised that sales figures for 4e D&D don't match WoW subscription rates - it's that high threshold of entry that makes it harder for new players to get involved in our favorite hobby.  (This is something of an argument for a decent $10 or even $20 RPG, but that's for a different post.)
Posted by Victor Raymond at 8:57 AM