If you go through the list of books and authors that influenced Traveller, it's a pretty long list. Poul Anderson was always one of my favorites, especially his Nicholas van Rijn and Dominic Flandry series of books and stories. Larry Niven and Jerry Pournelle also had their effect, particularly their CoDominium series - A Spaceship for the King was a great basis for an interesting low-tech Traveller mini-campaign, or so it seemed to me. 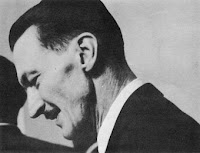 But back in 1977, there was one particular author who seemed to have a much greater influence on SF campaigns using Traveller, at least the ones I was aware of in the Twin Cities. That was H. Beam Piper. Piper was primarily known for both his Terro-Human Future History and for his Paratime stories (Lord Kalvan of Otherwhen being one of my favorites of the latter series). Looking back on Piper's work today, it was the kind of solid storytelling that you would expect from the early Sixties in American science fiction. Not great literature, but definitely good yarns - and Piper made you think without Heinlein's tendentiousness.

Out of all of Piper's books, the one that had the most influence on early Traveller campaigns in the Twin Cities from 1977 to roughly 1979 had to have been Space Viking, published originally in 1962, and republished sometime in the mid to late '70's (and certainly by 1977). The hero of the story, Lucas Trask, is a nobleman of the planet Gram - clearly a feudal technocracy. After his wife was murdered by a madman, Trask sets forth to find the killer. To do so, he establishes a colony from which he can raid the various worlds of the collapsed Terrohuman Federation - and gather information about the whereabouts of his enemy.

Space Viking has everything you could possibly find in early Traveller: jump drive, albeit with a much greater range; contra-gravity, with everything from grav-cycles to ideas about what a contra-gravity civilization would look like; and an emphasis on guns and missiles - lasers having only been recently invented in 1962, and Piper was an avid gun collector. And the story itself was worth noting - the idea that civilization goes in cycles, borrowed from Toynbee, and it was up to worthy heroes to ensure that their world and galaxy were safe. Traveller seemed to be a pretty decent framework of rules for building campaigns like this, and so that's what we did.

One of the interesting rules modifications that was adopted by several referees around the Sixth Precinct Gaming Club (aka the Golden Lion Gaming Club of Gary Fine's book, Shared Fantasy) and the Little Tin Soldier Shop, was to cut fuel consumption during FTL "jumps" in half - so instead of 10% of the ship's mass per parsec traveled, it was 5%. That made it possible for ships to travel farther, and for empires to be larger. My own attempts in this regard - like many others - were fairly small by later standards, "pocket empires" in later parlance - somewhere around 10-20 star systems, surrounded by various lower-tech star systems. But some of the referees had put together maps that were much much larger - if I recall correctly, several sheets of paper with small hexes (each sheet would easily hold an entire Traveller sector, and possibly four of them), so these would be empires on a scale not much smaller than the Third Imperium of later fame.

Within a fairly short time - easily by the spring of 1978 - there were easily a bunch of different campaigns running, some of them sharing the same universe, some of them dividing up the galaxy like earlier efforts to have different dungeons all in the same (or connected) universe(s). What I regret now is that so much of this has been largely lost in the mists of time; it would be great if there was some effort to gather the history of these campaigns and others that existed before the coming of the Third Imperium.